The link between feeling good and positive social change

I’m the kind of person who looks for the silver lining in things. Sometimes it drives my family crazy. And I get it, there’s a lot of suffering in the world. The idea of constantly striving for permanent satisfaction, happiness (or whatever you want to call it) ignores the natural ebb and flow that life is.

But what most people don’t know is the role positivity plays in getting through the hard stuff. Besides feeling good and lowering stress, positive emotions also help us develop coping mechanisms so that we can handle the ups and downs. (For more on resilience and coping, see the links at the end of this newsletter.)

Positivity is one of the topics that I’m currently teaching in a new series of workshops with a group of women’s equality advocates. I’m excited to explore the connection between lasting social change and positive psychology, because I think it’s a powerful combination. Imagine if the world’s most inspired social entrepreneurs and change agents had the tools to amplify their energy, commitment and impact!

And isn’t a positive world, with more equality and cooperation, what social change is meant to bring about anyway?

Positivity isn’t meant to be a quick fix.

In any case, positive emotions are an end, but also a means. They’re a part of a larger toolbox of self-awareness that provides hope, strength of character and perseverance needed to see through the hard work of social change.

People like Martin Luther King Jr., Nelson Mandela, and countless others were able to catalyze massive social change because they had perfected the skill of finding positive attributes like hope, inspiration and faith in all circumstances.

We may not all be social change leaders, but I believe we all have the potential to use positivity to our advantage. (And because I’m teaching a series on this topic, writing about it is a great chance to organize my thoughts!) There is so much about positivity that’s important, but some of the most crucial points are:

In short, positive emotions help us cope with the world and build a more positive one.

People’s resistance to positivity tends to look something like this:

And yes, some people are born more positive. But it’s still something we can all learn and improve at. And given the power that positive emotions give us and how they promote compassion, feeling good isn’t selfish, it’s probably the best thing we can do for ourselves and others.

And contrary to popular opinion, which says that things need to be going well a priori to feeling good, it is quite possible to develop the ability to see a silver lining in most things.

I like to think of a tree as a metaphor for how positivity supports us. As trees, our roots are what provide nourishment and strength. Our branches are all that we do in the world. If we try to grow our branches up without a strong root system, we’re likely to fall over in a serious wind storm. Positive emotions and self-knowledge serve as roots, giving us the strength to weather any storm.

In the end positivity is really about being flexible. A tree that can’t bend in the wind will break. 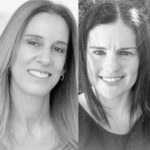